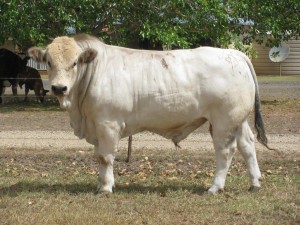 We would like to take this opportunity to wish everyone a happy New Year and let everyone know that Wyoming Romagnolas will be selling 5 bulls at the Rockhampton February All Breeds Bull & Female Sale held on the 16th-17th of February 2016 at the CQLX, Gracemere.  These bulls are available for sale now or in the selling ring as Lots 308 to 312 inclusive.

These quality bulls have been semen tested, vaccinated with 5in1 and Botulism and we highly recommend them to you.

For anyone that may be interested in purchasing these bulls prior to the sale, we can offer interest free payment plans to assist you in securing the bulls now.

At the recent Mackay Show, Wyoming Romagnolas entered 10 Romagnola/Brahman cross steers into various classes of the commercial (hoof) and carcase (hook) cattle competitions of the show.

In the commercial section there were 154 head nominated across several categories.  In the Grainfed Single Steer Showing 2 Permanent Teeth class we placed 3rd with one of our steers.

The following day in the carcase competition we placed 1st and 2nd in the Grainfed Chiller Bullock Class – Single Bullock Suitable to the Japanese Market, with the 1st place carcase then going on to claim the Champion Carcase of the show ahead of 125 other entries.

These results complement our success in the commercial cattle competitions at Beef Australia 2015 where we were minor place getters in the Ruralco Commercial Cattle Championship and the ANZ National Carcase Competition.

We believe that the end result is what we should all be aiming for in our herds and we feel that our Romagnola cross cattle are beating our expectations with our placings in the carcase competitions a true testament to that.

With technology playing a big part in our daily lives these days, we have decided that it was time to get on board and start selling a small selection of bulls through an online cattle auction partner.

So from time to time throughout the year we will be listing bulls at the newly released website www.livestock.com.au which will give people the opportunity to view and bid directly online for bulls that we have made available on there.

If buying cattle online is not your thing – don’t worry, we will continue to have a select number of bulls and females for sale on the show circuit throughout Queensland and a much larger selection for sale direct from the paddock at our properties Codrilla near Nebo and Mira near Rolleston.

Check out www.livestock.com.au to see what we currently have available for sale online! 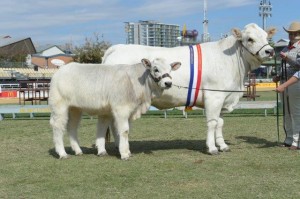 During 2015 we will have an impressive show team on the Queensland show circuit with Terry Connor of Timbrel Fitting Service.  We also hope to personally be able attend most of the shows listed below to be on hand to discuss our cattle and the Romagnola breed.

Visit Us at Beef Australia 2015 in Rockhampton 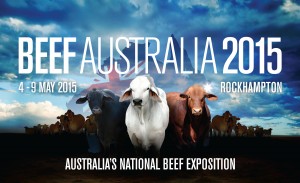 Wyoming Romagnolas have once again teamed up with well known cattle studs Timbrel Brahmans and Vaucraft Brafords as well as Beef Breeding Services to have a one stop cattle shop located at Trade Site C258 during the week long event in Rockhampton running from 4-9 May 2015.

Trade Site C258 themed “Aussie Legends” has been designed to give cattle producers the opportunity to inspect the show teams of 3 leading studs across 3 different breeds and also the ability to discuss potential semen and embryo collection by the team at Beef Breeding Services.

During the week, a lunch time forum will be held with guest speakers from both theUnited StatesandAustraliaproviding brief 10 minute talks relating to the cattle industry followed by light refreshments.

Outside of the trade site, Wyoming Romagnolas will also have up to 12 bulls available for inspection and sale.  These bulls will be located a short 15 minute drive away from the show grounds with Ron undertaking inspections with interested parties as required.

As Wyoming Romagnolas are a commercially focused, family operated business, we have also nominated cattle in the ANZ National Beef Carcase Competition and the Ruralco Commercial Cattle Championships with all cattle nominated in these events being Romagnola/Brahman cross.  Anyone wishing to inspect these cattle can do so at the judging of the commercial cattle competition which takes place on Sunday 3 May 2015 at the Central Queensland Livestock Exchange (CQLX), Gracemere, or at the sale the following day, Monday 4 May 2015.

We are excited about the future of the cattle industry and will be at Trade Site C258 throughout Beef Australia 2015 and sincerely hope to see you there.

Paddock Sales a Big Advantage for Clients of Wyoming Romagnolas 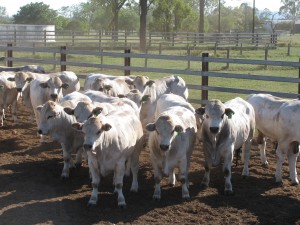 North Queensland beef producer and client of Wyoming Romagnolas, Ben Callcott, likes his bulls to be work ready when they arrive on Glenmore, 120km south of Einasleigh.  That’s why he insists on buying bulls straight out of the paddock.  “I don’t like overfed bulls and I find that people won’t bid on bulls in a sale unless they are fat,” he said.  “If you buy your bulls at paddock sales they are generally ready to go straight into the bush.  “You don’t have a month of having them in the yards and letting them down gently.  “You can just cross brand them, put them in the bush and when you go back two months later they’ll look nearly the same.”

Working in a family partnership, Mr Callcott usually runs about 5000 Brahman cross cows that he joins to Brahman and Romagnola bulls.  Mr Callcott began using Romagnola bulls from the Pullen family’s Wyoming Stud at Nebo six years ago and has been impressed with the ability of the bulls to survive harsh conditions.  “We’ve got about 14 Wyoming Romagnola bulls now and what originally attracted me to them was the fact that they throw a straight colour,” he said.  “The calves are generally a nice grey or ginger red and you don’t get too many brindles which at that stage was important in our marketing.  “The Romagnola bulls handle this country fairly well. They don’t tend to fall away and seem to survive just fine.”

Mr Callcott said his initial plan was to sell all the Romagnola cross heifers because he thought they wouldn’t be able to handle the conditions.  “That hasn’t turned out to be the case,” he said.  “They have survived fine and now we are building them into the herd as well.”

The Callcott family own a second property in the Pentland region, Lowhom, which they largely use to finish their steers.  Mr Callcott said many of their Brahman steers were sold into the live export market while some of their crossbred steers are either sold direct to works or into the domestic feedlot market.

The Callcott’s control mate, usually joining from November or December through to Easter.  “We thought the fact that we control mated would allow us to run softer bulls which encouraged us to get the Romagnolas but what we have found is that they do just fine with no special treatment,” Mr Callcott said.

“We are trying hard to improve the fertility of our herd and a big part of that is buying the right sort of bulls. Ron had all our bulls semen tested when we bought them and they came up fine.”

* Article courtesy of Queensland Country Life.  Adapted slightly for use by Wyoming Romagnolas. 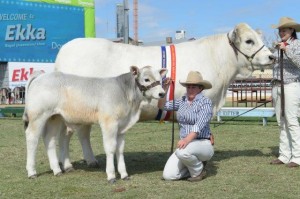 The judge, Steve Farmer of Comanche Droughtmaster Stud had strong praise for both Wyoming Firefly and her stable mate Wyoming Fern commenting on their femininity, frame and mobility, as well as their quality calves at foot.  In determining the champion female, Mr Farmer believed that Wyoming Firefly showed slightly stronger muscle development and beef producing qualities to place her in the top position.

These were also the thoughts of Matt Black who at the conclusion of the judging purchased Firefly and her calf Kokoda to be used in their Sunny Dale Romagnola Stud in northern New South Wales.

We would like to wish Matt and his father Bob all the best in their new purchase and hope that the further nine shows they have earmarked for Firefly and Kokoda are as successful as the EKKA was for us. 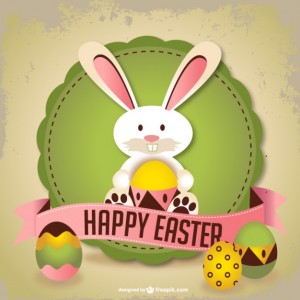 Ron, Di and James would like to wish all our clients and friends a very safe and happy Easter and holiday period.

For those of you travelling during this time, please take care on the roads.  We will be at “Codrilla” throughout this time and would like to extend an invitation to all our clients and friends passing by to stop in for a coffee and say hello.

With some decent rain recorded around the country over the past few weeks, we have started to receive some good enquiry from people looking for Romagnola and Brahmagnola bulls.  We currently have working age bulls in top condition available for immediate delivery.

For anyone looking to restock breeder numbers, we also have a good line of purebred and full blood Romagnola cows available for sale. 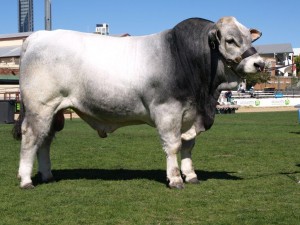 After having a break from the show circuit in 2013 we have selected four local shows in Central Queensland as well as the Brisbane EKKA to exhibit our cattle in 2014.  Our cattle will be prepared and exhibited on our behalf by Terry Connor of Timbrel Fitting Services.

A list of the shows are listed below and we welcome everyone to inspect our cattle and to make further enquiries. 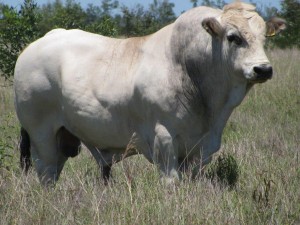 We would like to take this opportunity to wish all our clients and friends the very best for 2014.  We know many have been doing it tough with dry conditions and drought throughout 2013, and we hope 2014 brings some much needed rain and an increase in cattle prices.

For those who may be looking for working age bulls that have been lightly prepared and are ready to start servicing cows as soon as it rains, we have good selection of bulls available for immediate delivery.  We are also able to offer our clients  flexible payment terms to help you get our bulls into your paddocks and servicing your cows sooner.  For more information about our flexible payment terms, please contact us to discuss.

We look forward to seeing as many of you as possible throughout 2014.